The untold story of Madhubala’s life

A distinguished cleric predicted in Mumtaz’s childhood that her life would be filled with money and fame, but her life will be tough and she shall die at a young age.

She was so beautiful that she was called Venus of the Silver Screen. Her unique beauty and acting skills were even a discussion in Hollywood. She got the title of, “Hindustani Monalisa”. Her black and white posters are still the most sold; the post office issued a stamp in her memory. Her beauty and acting skills are the golden dream of the Silver Screen. 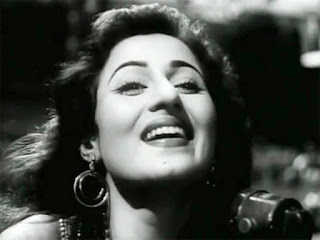 Mumtaz had a laughing disease. It was hard to stop once she started laughing. Holding laughter’s hand, she would travel the whole world. She wanted to drown the whole world in the sea of her laughter. Her sisters used to tell her to shut up; they would say, “Kisi ki nazar lag jayaigi”. Even today, her image jumps in our heart from the screen. But just as the cleric had predicted, Mumtaz Baigum Jaha Daihlvi, our Madhubala, really did passed away at the age of just 36, after living a life filled with love, sadness, isolation and sufferings.

Madhubala’s fate seemed to have had been written in haste. Born on February 14, the very date that signifies love, Madhubala had everything in her life, and yet she had nothing at all. In the eyes of the world she had nothing but happiness, but the truth was that there was no one as sad and troubled as her. Mumtaz never got a childhood that could be called childhood. After her father lost his job, the responsibility of her parents and seven siblings came on her little shoulders; the reason was her beauty.

Mumtaz's father was convinced that his daughter's beauty will get her into films and she did succeed just as he thought. The super-star of that time, Devika Rani gave Mumtaz the name, Madhubala. She started working as a child actor, and became the main lead at the age of just 14. She never had a short list of films. Madhubala worked with every superstar of her time, every big banner wanted her to be the heroin of their film.

Madhubala had a hole in her heart since childhood, and back then it was very dangerous disease; the surgery is not easy to address. Her disease was discovered at the age of only 12, but her father who was now used to sit-down dinner, buried the news. Later on, Madhubala herself had to hide the news of the illness because she understood that if the industry ever got to know this then she will be quickly thrown out. By the age of 21, she had started coughing up blood. But she would drink back all her pain and would serve a bright smile to the world.

The girls who do not get the love and affection of their father in their childhood, they linger for a lifetime for love. Their life is often clouded with trouble when they are in search of a lover who will fill the emptiness in them. She knew that life has given her a lot less time. On one hand Madhubala was fighting her body's illness; on the other hand, her fame had skyrocketed. People say that she was longing for love; she did not want to leave any chance of finding love.

Kaidar Sharma, Kamal Amrohi, Prem Nath, Bharat Bhusn, Pradip Kumar, Dilip Kumar and Kishore Kumar; these were the stars who loved Madhubala and were seeking to marry her. Madhubala also fallen in love many times, but the love that she had for Dilip Kumar was true and pure, as it was not a one sided love. This relationship was from both their heart. But fate had other plans; it did not want this laughing beauty to live a life of peace and comfort. When her relationship with Dilip was broken, she was broken too, completely.

It is said that when her already sick heart was broken in love, she made the biggest mistake of her life, by marrying Kishore Kumar. After the wedding Kishore took her London for treatment, but Madhubala did not fully recover; probably because the illness was so old. Her married life had been really difficult too. Kishore used to hit her with belt. Tired with the beating, she left Kishore's house. Because of the illness, she gradually stopped working. By her last time, Madhubala’s financial condition was very poor; she was solely dependent on Kishore’s money.

When Madhubala was alone she used miss the Njumi Baba, and would say, “Your first prediction has come true, now is the time for the second one. I want to die. I can no longer bear this pain.”

By the time her death came, she had forgotten everything, even her own name. The only thing she did remember was Dilip Kumar. Madhubala wanted to see Dilip Kumar before she died, but her desire remained unfulfilled. 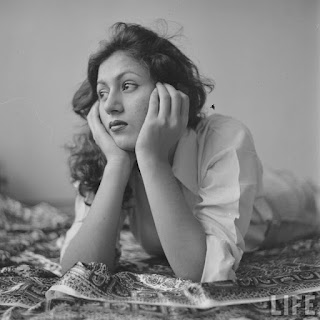