From Hollywood to Bollywood, from sports to politics in every area are such personalities, who for mysterious reasons says goodbye to the world. 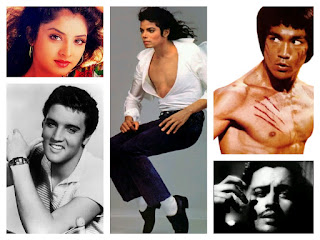 Those who die with a reason behind their death can still be called lucky, but those who have been dead for years yet the reason for why or how they left the remains mystery, what can they be called? From Hollywood to Bollywood, from sports to politics in every area are such personalities, who for mysterious reasons says goodbye to the world. From suicide to murder, there can be any reason but the mystery of their death gets buried with them. If you are part of the glamour world then you are in for trauma. Where the eyes of the public and the media are like a big shark pool.

It is dazzling to be famous; one gets introduced to different kinds of people with whom one can spend a great time, but it is also a sad fact that it drags you into the superficial and artificial world. In such a situation, they have two kinds of pressure. They think they can strike a balance, but in reality it does not happen. On one hand they want to hide their private lives because they want to live an ordinary and peaceful life, while on the other side they have to live on their glamorous routine. Consequently they are burdened with the double personalities they have to live and become a victim of the ongoing chaos that has taken over their heart and mind. We look at celebrities from fare away and think that they have everything in the world. We envy their glamorous life. We too want to live a life filled with success, fame, money, opulence and full of amenities, but what we do not even realize is that being a celebrity means being a person who endures more injury on their ego than normal.


The surprising thing is that most of these died between the age of 19 and 42. Their death was caused by the cocktail of medicines, being found dead in their bathroom or room, excessive drinking or hanging themselves. Often few deaths seem to be part of a conspiracy such as Marlin, Divya Bharati or Lee.

Whether the celebrity faces their death by their own hands or becomes a victim of a conspiracy; the circumstances takes such a turn that their deaths doesn't seem as though it was decided by nature itself. Everything happens in such ways that all that is left are many unanswered questions. More names will keep on adding in the list of those celebrities who face untimely deaths. This is a process that will never hold back, because these rich and successful celebrities who appears so happy from outside are really only scattered in their personal life. To maintain their popularity they cannot even share their problems with anyone. Their own likes and dislikes, no such thing as this is left in their life. They have to mold themselves according to their popularity. Their face goes through so many surgeries, the growing and falling weight, their bodies get addicted to the surgeries they go through again and again because of their frequent injuries. 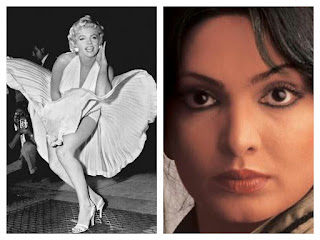 What is the reason that despite the many achievements, gives nothing but strange deaths to these stars? The reason is the pressure they have to endure in order to remain in news. 95 out of 100 are facing depression; they have insomnia and eat medicines to get hungry, more than one marriage, and extramarital affairs, being indebted in order to keep their splendor intact or not being able to except the fact that someone else has taken their place in audience’s heart; which is why many times these so called stars do not even hesitate before doing weird things. Despite have so much money, huge mansions, an army of servants and the audience holding them up on their heads; these celebs lives with a strange emptiness and fear.


The media makes a person bigger than his personality and surrounds him with false mysteries and glitter.


Super stardom has its privileges; where even strangest and false fixations are bought and sold and an image of an individual is created. This is why their ends are so mysterious.