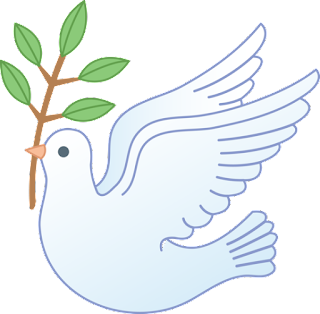 As long as we believe in fighting to protect only our culture, only our individuality, we will not succeed. We have to fight just as strongly for others as we are fighting for ourselves. Other cultures and religion are needed in this world as much as our religion and culture is needed. Just as the green forests are needed desert as well as oceans are needed too; fruitful trees are needed as well as cactus; the color white is needed just as the color black. Carnivorous are needed as much as herbivorous are needed. If there would be only herbivorous then their population would grow immensely, and to control that population we need carnivorous. If there would be only carnivorous, then they would eat each other alive; and so herbivorous are needed. Fire and electricity can be dreadful if we do not have them in control, and we have to keep them in control to use them for our daily necessities; because we know that a lapse of our better judgment can cause them to harm us. We can say the same for other religions and cultures.

Today humans are trying to find life on other planets, why is that? It is so that we could spread out our culture and religion. Imagine a human is found on Mars, and the country that have found him/her would come back to earth and say that they saw a Christian on Mars or that they met a Hindu there.

What will happen if Hindus read Bible with as much as faith as they read Gita and Ramayana? What will happen if Muslims does, Navratri fast with as much as faith as when he/she does Roza? If we like variations in our food, life style and clothes then why is it that an argument takes place when it comes to religion? Government gives us an option to change what we would like to (we can change our network provider without changing our phone number, we can change our LPG connection provider and many more such things), and we accept this more than happily with open arms. However, when we hear about someone converting into a different religion, our arms are not so welcoming then. Why is that?

If we give it an honest look then whether its Hindi songs or Shayari (Mirza Ghalib, Faiz, Parveen Sarkar, Meer), all stands on Urdu's support. Music, food, fashion, science and films, it is impossible to bind these things in a boundary, and whether we want to or not but we have been accepting these from other countries.

I am not saying that we should convert into each other’s religion; I only think that we should at least study their religion in order to understand what the chaos is all about; but yes, while doing so we need to have a straightforward mindset.

Humankind is said to be one of the most intelligent species present on this earth. If you think it is impossible to understand other’s believes then can you truly call yourself intelligent? Intelligence is not just reaching to moon or mars, intelligence is not just inventing new things or revising history. If you truly believe humans are intelligent specie then trust me, it would not be impossible for us to understand, to study other cultures with an open mindset.