I don't mind being an idiot

To be an idiot or foolish is actually an intelligent philosophy, which must be followed because only a stupid person can constantly discover a regretless life; while walking on the tracks of rules and knowledge often the wise one does not take the risk to be happy.

"There are only two species on this planet- A wise one and an idiot one."

If you bump into someone then you easily deliver words such as Idiot, Stupid or fool, like crown to them. It also does not matter whether the other person doesn’t even know what it actually meant, but still these words are used because your aim is to prove that the person is an idiot.

This attitude has even made up a market against wisdom and idiotism; which includes the expensive IQ books, newspapers, magazines, and also the IQ and personality tests that appears in it. 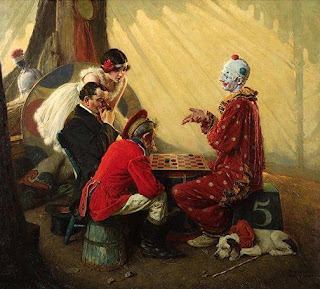 Fool can fail, but the wise does not even tries. Those who decide the result by analyzing everything themselves, they've let themselves devoid of new experiences. They do everything according to a plan they have already made, but an idiot does the job right away. The wise see every job through the eyes of criticism, they evaluate it all, and they see what is available to them; while the idiot believes in the possibilities and in just getting the work done. The wise one always says no, while the fool always says yes. Wise may have all the answers, but the idiot has interesting questions; which means that the truly intelligent ones are those who are an idiot.

Just as sometimes intelligent people acts silly, same way sometimes idiots behaves like a wise person. Just know that if we do not have any silly idea, then we have no interesting ideas. So anyone who has the courage to be stupid, it would be their first step towards wisdom.

Only the one who has the courage to run on baseless ideas and to stick on them, can really have the experience of arts, skills and true enjoyments of life.