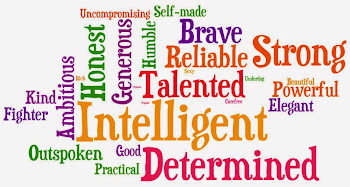 Every culture has its own ideal. But the question is; what is the scale of an “Ideal”? Maybe Ideal is the one who always do good deeds, does not hurt anyone and just enjoys. But the question is what is “Good”? Good means, whoever thinks of something as “Good”, that is good! Maybe what that is good for me, is bad for you; but what can one do for that? If you succeed, earn money and earn name, are successful, then you become an Ideal. You succeed even if you are guilty; even then you are an Ideal.

Sanjay Dutt and Salman Khan are not ordinary people, they should have gotten punished. The reason is – the more effective person you are, the more social responsibility you have. But some people say that they face more notoriety because of being famous. Those who campaign to protect these people should be on trial.

35.9 percent small-town youth say that the whole crime and ideal useless things. The system is so bad that anyone who provides a two time meal and gives some protection is seen as an ideal. Many times media too makes an ideal and then spoils it. Despite of their anti ideal deeds the well-known people have remained successful.

It’s the fault of society. Why doesn’t anyone pledge to make Salman or Sanjay’s movie a flop show as despite of being a celebrity they have set anti-social examples?

Can any society live without Ideals? 82 percent believe – not at all. An ideal is a hope, a dream and an inspirational power of survival. How and to whom should we make our ideal?

Can Bill Clinton be considered as an ideal?

He got the points by saying the “truth” about the Lewinsky scandal. His wife stood with him even though she knew that he has over stepped his dignity. Then Bill and Hillary became an Ideal. Today Hillary is in the race for the presidency.

59.7% people believe that there is deep relation between success and lies.

~What is the value ~ 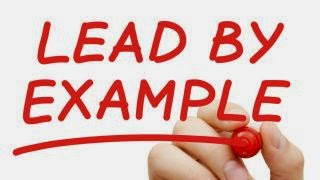 There is a deep thirst of values ​​in society, so to earn credits TV channels even started to do false sting operations. People like Baba Aamte runs the save Narmada campaign and apart from the poor tribal’s, no one else supports him. Is Baba Aamte an ideal? Is Anna Hazare an ideal?

78% people believes that no matter what, good people will keep coming.


People like; Sanjay, Salman, Clinton, Mike Tyson or Paris Hilton has now become people’s ideals.
Jeffrey Archer was successful in politics. As an author too he has been successful. Went to jail for fraud and earned money by writing "Prison Diary”. Many criminals eat royalty by selling their biographies.

Seeing these people, 69% people believe that law is a thing only for the common man.

Mario Puzo's book The Godfather had rocked the whole world. The film based on this novel earned millions. But there was also a dispute that it inspires the youth to the crime. The author herself later admitted that criminals were shown as heroes in this book.

At Cannes International Film Festival in Europe, the famous American filmmaker Woody Allen gave shocking speech after the successful release of his latest Film “International Man”. The 69-year-old filmmaker said, “The state in which humanity is today, all of us are going to get in even more bad condition. Today the things we are being proud of and are waving the like a victory pennant, we would be ashamed of all those empty claims in the future. They say that we have made life meaningless, we are living in an uncontrolled madness. All our so-called achievements are hollow.”

If Woody Allen's film would have had failed, so his statement could be linked to personal despair, but an experienced, successful, wealthy old man have flung this statement, and that should be taken seriously.

Murder is the greatest social crime and the crime is always a marker of ​​falling social values, but a soldier is proved to be an Ideal when he kills the enemy. It would be wrong to define the Ideal as an object as it is an expression entirely dependent on circumstances. Peace can also be ideal and so can be war.

Famous people should be more responsible. They need bigger punishment for even little mistakes. One should not worship these gods of crime, but needs to create a symbol of the ideal society that dreams of justice in their images.
Posted by Manisha Sharma at 07:26