After Indira Gandhi's assassination, there was an atmosphere of riots and slaughtering across the country. There was a live broadcast of her funeral. That was the first time I saw something like that on TV. Indira Gandhi was my ideal. I was extremely sad, my leader was murdered so brutally. A few days after this incident, the monthly magazine “India Today” came to our house. From the murder to the subsequent expansion of the whole mess, it was all featured in the magazine. Already saddened by the murder of the leader, the mind became even more unsettled after reading the magazine. Photos printed in it were horrifying. I wanted to know every point of this case but I didn’t want to see this. Should they have had printed those pictures of the manslaughter or not; this question still bothers me. That was when I decided for the first time what I wanted to be in future. I announced in the house that when I grow up, I will become a journalist. My father asked, “Why a journalist?” I had replied; I don’t like these reporters. The truth should be published, but not like this. A national-level magazine should not be spoiling the atmosphere by printing these types of photos. When I’ll become a reporter, then no matter how big the accident might be, my reporting will calm down the atmosphere. My innocent mind… 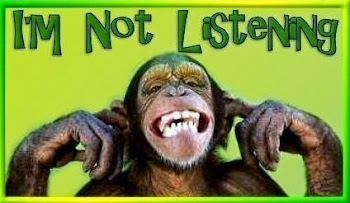 Today I like to write, but I do not want to be a journalist. There are over 40 news channels in my television. Just as I have to change music channels to hear one nice song, I have change news channels to hear any valuable enough news. At first some news channels and some of its reporters seemed good, but as I grew up and so did my senses, these reporters seemed nothing more than onlookers. Ravish (from NDTVindia) keep on saying that, “Other news channels would have had shown this news such way and would have had said too much about it but we won’t”, and yet he does the same just by saying this. He does not need to say this, we are the ones who will decide if his channel is worth watching or not. A few days ago he wrote a letter to Salman Khan. He said many things such as how good Salman’s work is, what big hearted person Salman is; and along with this he said that Salman should accept his crime and should faithfully serve his sentence. Instead of being an honest reporter and telling him head on that what he did was wrong, Ravish choose to be a sugar coater who knew that even though Salman Khan is in the wrong but still is a powerful man. You do not seem that honest anymore Ravish ji. But still, your news channel is better than the others.

Another news reporter Rajat kapoor’s program "Aapki adalat" is not much different from the Comedy Nights with Kapil. They invite big celebrities and ministers and pretend to sue them. Thackeray family, Hyderabad‘s Ovesies, Salman Khan who is under many serious running trials; what are you trying to prove by inviting such people? That you have the access to invite them or how good your relations are with them? If your court cannot prove their guilt, if your court cannot hold their tongue, even if you sue them, they are not embarrassed or even feel guilty; then I’m sorry Sir but your court is nothing more than a stage show.

For some time, it seems, even the level of the Indian media is slipping. During Modi’s US visit, Indian reports were there more than US’s own journalists. It was quite made fun of, that there is no limit to what extent Indians exaggerate things.

Internationally, Indian media is not respected at all. Perhaps the reason behind this is the silly questions they ask to dim-witted ministers and the so called film stars. Recently after the earthquake in Nepal, people were quite angry with the Indian media. So much so in fact that Nepal’s ambassador in India even said that it seemed as if the Indian media was trying to show a horror movie.

There are so many good-bad, exciting, inspiring things happening around the world. They need to understand that the channel does not need spices but truthful news. There are already the so called paparazzi to cover up the celebrities. So these channels do not have to worry about Deepika’s new boyfriend or Salman Khan’s wedding. 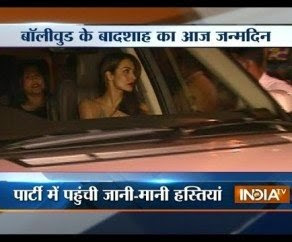