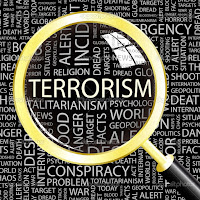 So.... Despite it all, you call it 9/11 or 26/11. Meaning, it was your cheek that got slapped but you claim, "The other person got kicked". Why don't you reacted on your pain? Why do you start comparing it with others?

I often pity on my condition and it is very easy for the politicians to turn your attention away from original point.

So when something like this happens in Pakistan, they tempt you and say "Kashmir". When that happens here, they tempt us by saying, "Pakistan". I have no faith in this theory. If there is a terrorist attack in India then believe men there are people in Pakistan who gets concerned, and after every attack in Pakistan there many Indians who gets concerned. Then which enemy are you referring to? All this is just a distraction.

Its all an excuse for the politicians to change your approach. They want want turn attention by shouting, "Pakistan-Pakistan" so that you won't get the chance to question them, "Where were you when this happened and what are you going to do about this now?".

Those who attacked the Taj in Bombay, were the ones who destroyed JW Marriott hotel in Islamabad before coming here. So who are you blaming?

Why do politicians try to take advantage of all the great tragedies? People are dying, our own security mechanisms are not adequate to protect us and all you (politicians) can say is "Pakistan-Pakistan!". Our intelligence agencies are getting warnings of attacks consistently, but our preparations are not complete and our administrative services are not even working properly. It is not just about the security of the country, there is also a question of the reputation of this country. Whenever the government does not like the regime, the representative of the country's reputation when representatives are no longer falling. When a government is not working as a government should, when the representatives no longer act as representatives, the country's reputation falls.

Firstly, I am very angry. Then I feel helpless and desperate. Even after such a warning if nobody is willing to take any action, then what can we do? You need to understand that this is a terrorist event, it is not a war between India and Pakistan. Pakistan is thinking about its own safety while we have to think about our own.

Is any politician concerned about it all? After the attack, these statements are all alike. They speak ill about Pakistan, an then talks about patriotism. Do they know that these past years have broken people's spirit? Something which they are not concerned about at all? It's a shame.

Take a look at the security and the quality of weapons provided for the politicians, then take an honest look towards the weapons that police have to use against terrorism. They are using old guns of the Second World War. Police need the money and resources. The issue on which the country should be united on, we are divided on it too. We also should not forget that the police system won't strengthen until it doesn't gets the modern facilities and weapons. Terrorists have a full stock modern weapons, whilst our police is doomed with older than dirt automobiles, old weapons and discomforts. They did not even got the training of the modern weaponry.

Politicians needs to change their behavior. Instead of passing comments such as, "Let them try and kill again" or "Enough is enough", they need to take some action. After every terrorist attack the opposition curses the the government, government curses Pakistan and then Pakistan curses all. Meanwhile, the commoners are getting smashed between the statements of the public leaders, the statement of the general public leaders marker, the consolation of the so called relief money and the stupid questions asked by the media.

First tell me who was the one to great Bhindarwala? Those were the politicians, right? To this date no one is able to prove what type of Chemical Weapons Saddam Hussain had. You were sitting there at home, launching those rockets. This is not a matter of a day or two. To see the depth of this you need to look the Afghanistan that's under the protection of Russia. Will you understand then, what real terrorism is? Don't think of it as a small matter. You need to look at it with an international perspective. Then you will understand who created terrorism and it has become a canker for them. 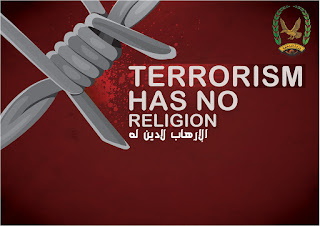 Behind every terror is Pakistan, Pakistan means Muslims. Then why do you not understand why a Muslim is killing a Muslim in Iran, Afghanistan and in Pakistan. This issue is not religious, its their Jihad. The biggest battle behind this Jihad is that because of your strength, because of your preferment, because of your money, you had everyone on your gunpoint. 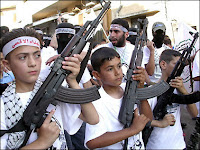 Now think for a moment, an eight or nine year old child who grew up in Afghanistan or Iran, what has he/she seen except of the bombing, shelling and demolition of the heap of smoke and gunpowder? All this must be a day to day normality for them. If a bomb dropped there, then run somewhere else and so on and so forth. They become a fighter, a walking suicide bomber, step over the threshold from childhood to youth.

However, if still do not learn anything from these events then history won't forgive us.

Corpses of the terrorists... corpses of their victims... Corpses of our commandos and soldiers... Those beautiful building that are either roasted in fire and damaged by the bullets... This is all that's left in our hands... Now its time for the arrival of the vultures (media and the politicians)... We should now walk away from this place...
Posted by Manisha Sharma at 12:10